A strong result for the Sodi Vitesse team at the Rotax Winter Cup at Campillos including the fastest lap in Final one for Bradley BARRETT on the Sodi Sigma RS3.

The season opener of the Rotax Max Challenge Euro Trophy, Winter Cup 2020 proved that the newly formed Sodi Vitesse racing team will be the team to watch in 2020. Unlike many of the teams, Sodi Vitesse arrived at the Campillos track on Tuesday having done no previous testing at the track. We knew we would have to work hard as a team if we wanted to be competitive.

During practice, we quickly found a strong base setup for the weekend and with the help of Sodi Factory Ambassador Bas Lammers each driver and mechanic had an optimised setup for the tough qualifying ahead.

Qualifying was as tough as expected and with the track changing quickly between the different groups we were pleased with the 7th in Group for Charlie TURNER, 9th in group for Bradley BARRETT, James JOHNSON was unlucky in traffic and was 29th in group.

After the heats, all three drivers qualified directly in the A Final. Charlie TURNER 19th Bradley BARRETT 23rd and James JOHNSON starting 26th

All three drivers had strong Finals with Bradley BARRETT getting fastest lap and 9th in Final 1. Charlie TURNER finishing 8th in Final 2 and James JOHNSON making his way from 26th to 19th in Final 2. 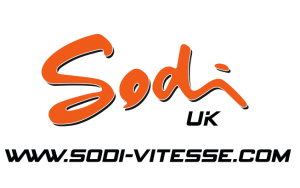